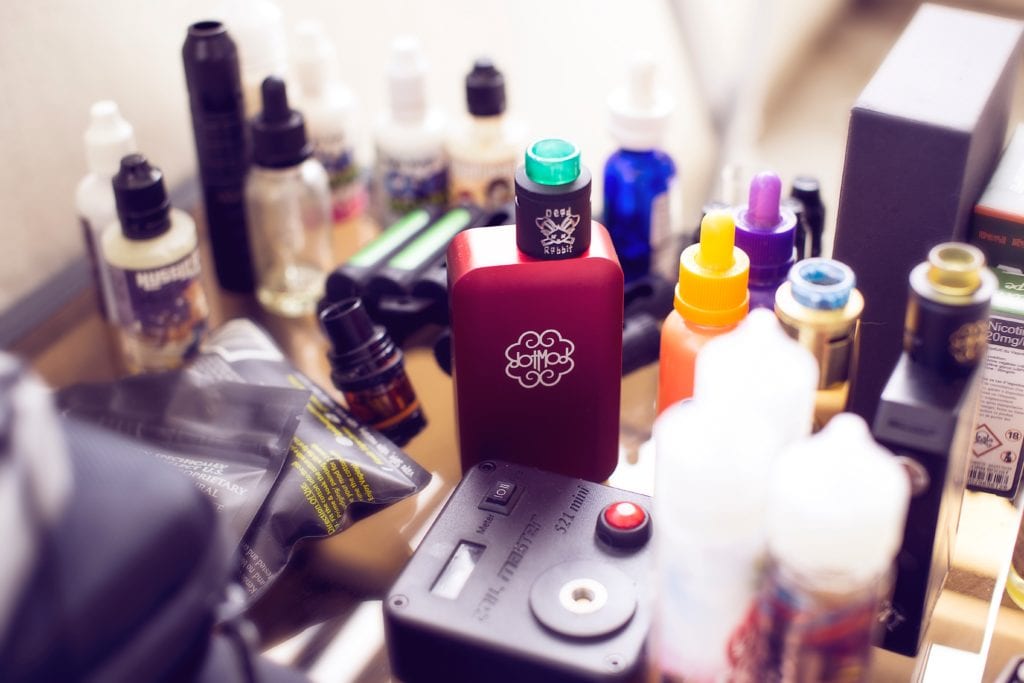 Vapor Voice, in partnership with TMA, has created a tool to track PMTA submissions as they make their way through the review process.

The world is waiting. When premarket tobacco product applications (PMTA) were due to the U.S. Food and Drug Administration’s Center for Tobacco Products (CTP) on Sept. 9, 2020, the vapor industry wanted to know what companies had submitted the required data and could remain in the U.S. market legally. In response, the CTP stated it would release a list of products that may continue to be sold during the review process.

Nearly five months later, the CTP has yet to produce anything to help the retailers, wholesalers, manufacturers and suppliers. In late January 2021, CTP Director Mitch Zeller said that the FDA would release the information in the “coming weeks.” Zeller has also said that “thousands” of PMTAs were submitted. Meanwhile, the CTP has stated that before making such a list available, the agency needs to ensure that publishing any such information complies with federal disclosure laws.

The CTP did finalize PMTA and substantial equivalence rules (SE) meant to guide how a manufacturer can seek a marketing order for electronic nicotine-delivery systems (ENDS). The text of the final rule was published long after the provisional PMTA submissions were due. Then, nearly a week after its posting, the new Biden administration froze all new and pending rules introduced in the last part of the Trump administration, including the just-finalized PMTA rule. The rule was removed from the Federal Register prior to its effective date.

“While a memo from the White House chief of staff ordered the withdrawal of any rules that did not publish by noon on Jan. 20, 2021, and the PMTA and SE final rules were withdrawn, this does not impact the FDA’s review of PMTAs or SEs that the agency has received,” an FDA spokesperson told Vapor Voice. “The agency continues to process the large number of submissions received and has already begun reviewing many applications. In the coming weeks, the FDA intends to provide a more detailed update on the agency’s progress since the Sept. 9, 2020 deadline.”

The FDA spokesperson says the agency will work closely with the new administration to advance appropriate regulations and policies that were withdrawn and are in line with the agency’s public health mission.

To help stakeholders gain some visibility on this crucial issue, Vapor Voice partnered with data specialists TMA to locate and confirm who has submitted PMTAs and at what stage the application is in in the regulatory process. The PMTA list can be found online at vaporvoice.net.

Because there is no central, publicly available database, the information had to be pieced together from multiple sources, according to TMA research assistant Karen Pace. Several organizations issued press releases as their PMTAs moved through the process. Many others did not. Pace says that Vapepmta.com, an online resource also attempting to collect PMTA information, has been a valuable resource in her research.

“Not all of the press releases are as specific as others,” says Pace. “I tried to research those that had minimal information. Sometimes that worked, sometimes I could not find anything more. Then I found Vapepmta.com. The site was extremely helpful and is where I gathered most of the information. It was still a challenge to gather information on the total number of submissions a company had and the actual products submitted.”

It was also difficult to know what brands and how many flavors or nicotine strengths (or even if a submitted product used a freebase or salt nicotine) a company submitted. Pace says the only way to know for sure about some submissions was to go to the source. “We checked corporate websites and also called or emailed the companies directly to verify submissions,” she says. “It is something we will continue to do moving forward as we update the listing.” In the end, Pace choose to list companies individually and list the brands submitted when possible. “We are going to need help from the industry in keeping the information accurate and up to date,” she says.

The Vapepmta.com team built and operates its platform and has no affiliation with the FDA or any other company. Dan Daniel Racowsky has been in the industry for more than five years and says limited information and confusion around PMTAs led the group to take on the task of building a PMTA listing.

“It wasn’t very challenging to gather data upfront. After launching, we gained some publicity and were flooded with inquiries from brands asking to be included in our database,” Racowsky said. “Somewhat of a challenge has been keeping our data as accurate as possible. We’re in direct contact with the majority of brands listed on our platform, and most are pragmatically keeping us informed on their PMTA’s progress.”

The list is a solid source for interested parties, however, it is impossible for VV/TMA to guarantee its complete accuracy. While many companies have confirmed the accuracy of their listings, in some cases we have not been able to reach the applicant.

“We put in a lot of effort to validate these submissions, but there are still some companies that haven’t returned calls or emails to confirm their listing,” says Taco Tuinstra, editor-in-chief for Vapor Voice. “We note those instances in the list.”

If you note inaccuracies in your listing, please send an email to pmta@vaporvoice.net and we will be pleased to update the information.

Thousands of manufacturers and importers submitted premarket tobacco product applications (PMTA) to the U.S. Food and Drug Administration (FDA) by the Sept. 9 deadline to keep their products on the U.S. market. But which products exactly are under review and how all those submissions have fared in the process is less clear. A comprehensive list promised by the FDA has yet to materialize.

In the absence of an official database, Vapor Voice decided to create its own tracker. As a news outlet, we already receive many press releases relating to PMTA submissions. In addition, we continuously monitor corporate websites, social media platforms and other industry sources. Individually, the pieces of information gathered during those endeavors make for interesting news announcements; taken together, they provide a coherent dataset to track PMTAs.

Of course, this approach has its limits. The data is self-reported, and at present, we cannot fully verify the veracity of all claims made in the announcements used to compile the list. The quality of the information that reaches us also varies greatly, from exact counts in all list categories to more general statements on a brand or brand family without further elaboration. As per our protocol, these issues are noted in the list. While we cannot present our dataset as a representative sample, we believe that, after capturing information on 180 companies, it paints as coherent a picture as possible.

Our tracker lists company, brand family, brand styles and PMTA stage. We view it as a “living document” that will be updated as new information becomes available. To that end, the tracker also includes a tool for user input. If the status of your application has changed or if you notice inaccuracies, we invite you to share that information with our editors, who will be pleased to make the required updates.

Keeping in mind the limitations of our tracker, we recommend using this tool to gain directional understanding of the volume of submissions for which the FDA’s Center for Tobacco Products is processing and as a starting point in a comprehensive due diligence search regarding products. We also strongly recommend that any retailer gain certification of products in their inventory from the manufacturer and rely upon advice of counsel as to appropriate due diligence and safe harbor.