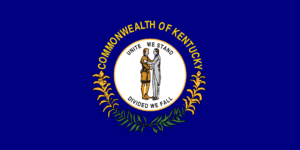 The state of Kentucky’s General Assembly has voted to remove the state’s 15 percent wholesale tax on vaping hardware when sold separately from e-liquids. The e-liquid will continue to be taxed at 15 percent. That was the intent of the original tax bill, Republican Rep. Jason Petrie of Elkton, sponsor of House Bill 249, an omnibus revenue bill, said at a February committee meeting. He said legislators had been receiving lots of calls about it, and the bill more clearly defines how open “vaping” systems should be taxed.

Last March, when the Senate Appropriations and Revenue Committee passed a trimmed down version of a House bill to tax e-cigarettes for the first time in Kentucky, Sen. Chris McDaniel, R-Taylor Mill, said the hardware should only be taxed at 6%, according to the Times-Tribune. Ultimately, the 15 percent tax on open systems, including both hardware and solution, and a $1.50-per-pod tax on closed vapor cartridges were added to the revenue bill and became law.

A fiscal statement attached to this year’s bill notes that Kentucky started taxing vaping products in August 2020 and has generated about $1.5 million per month from the levies. It says about $1.4 million per month comes from taxes on closed systems, like those sold by Juul Labs, and about $185,500 per month on the open systems, which are typically sold in “vape” shops. The report says removal of the 15 percent separate-hardware tax will cost $243,750 in revenue. That’s a relatively small amount, but health advocates were not happy with the change.

“Removing the tax on open vaping system devices reduces tax revenues at a time when Kentucky remains very uncertain about the long-term economic impact of the pandemic,” Ben Chandler, president and CEO of the Foundation for a Healthy Kentucky, said in an e-mail, according to the Times-Tribune. “Moreover, these devices will become the sole tobacco product to escape a state excise tax.”

In contrast, Chandler said, “Only 19 of the state’s 61 local health departments will get funding for tobacco prevention and cessation beginning July 1. We urge the governor and lawmakers to work together to address Kentucky’s continuing tobacco and nicotine addiction problem, which appears to have grown during the pandemic.”