Kandypens Ordered to Pay $1.2 Million for Marketing to Youth

California-based vaping company Kandypens was ordered to stop targeting youth in its marketing and pay $1.2 million for past violations, Los Angeles County City Attorney Mike Feuer said. Feuer’s office had sued Kandypens in 2018 for marketing its vaping devices and e-liquids at young people through social media and by placing their products in music videos featuring artists like DJ Khaled and Justin Bieber, according to CBS News. 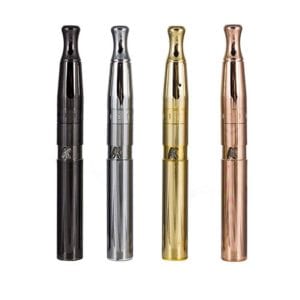 “Tobacco products including flavored e-liquids, hook kids and pose a threat to their health,” Feuer said in a statement. “The message from this victory to the vaping industry is clear: don’t sell or market to kids – we’ll hold you accountable.”

The lawsuit had alleged Kandypens targeted young consumers on YouTube and Instagram, and did not restrict access to its social media advertisements to people 21 and over, and had paid to get their products into the music videos of artists who have a large following of young people, in violation of the state’s Unfair Competition Law, the Stop Tobacco Access To Kids Enforcement, or STAKE, Act; and Proposition 65.

An investigator with the City Attorney’s Office was able to purchase a tobacco products from the Kandypens website while posing as a teenage customer using a fake email account and a prepaid gift card. Feuer alleges the company did not ask for a date of birth or verify the age of the customer, in violation of the STAKE Act.

The post Kandypens Ordered to Pay $1.2 Million for Marketing to Youth appeared first on Vapor Voice.