The state of Connecticut was facing a potential loss of nearly $200 million over the next two years if the state banned all flavored tobacco products. The state’s General Assembly’s tax-writing committee on Monday decided to drastically amended legislation to prohibit the sale of only flavored vaping materials and electronic cigarettes, excluding combustible products from the flavor ban. 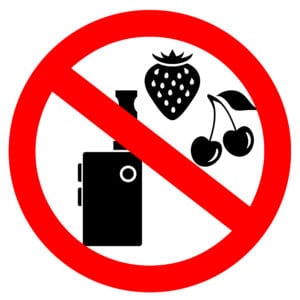 Under the bill that passed with mainly Democratic support, Connecticut would join New York, Massachusetts, New Jersey and Rhode Island in banning flavored vapes, starting Jan. 1, 2022, according to the CTPost. California also adopted a ban, which is temporarily on hold.

The legislative Public Health Committee had previously recommended that all flavored tobacco products be prohibited, in attempt to discourage young smokers.

But the Finance, Revenue and Bonding Committee’s co-chairmen, Rep. Sean Scanlon of Guilford and Sen. John Fonfara of Hartford, amended the bill, kicking off a 40-minute debate in which more-conservative Republicans charged that the state is attempting to interfere with personal freedom. Liberal Democrats argued that it was a way to discourage young people, even those under-21 who are prohibited under current law from purchasing tobacco products.

“We have been working over the weekend to try to get the place we’re at today on this bill,” Scanlon said, stressing that the compromise legislation would revert to what the governor proposed in his budget.