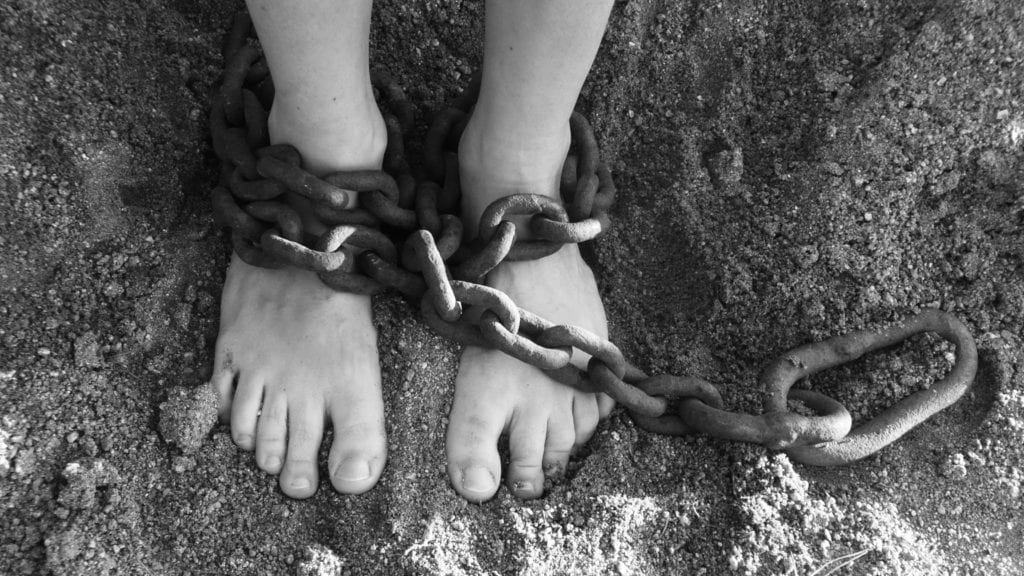 Many small vapor manufacturers are attempting to overcome the FDA’s rigorous PMTA requirements.

A process that was built for billion-dollar tobacco manufacturers has posed onerous challenges for small e-liquid manufacturers. With the enormous work of pulling together premarket tobacco product applications (PMTAs) for the U.S. Food and Drug Administration behind them, vapor manufacturers are now gearing up for the formal substantive review phase when the regulatory agency will conduct in-depth evaluations of the applications’ requisite scientific studies.

Many relied on help from the PMTA Sharing Group on Facebook to meet the challenge of submitting a separate application for every flavor in every nicotine level in every size bottle, sending literally millions of pages to the FDA. In addition, every PMTA had to contain a plethora of research into the product’s relative health risks for current users and nonusers as well as whether marketing the new product would be appropriate for the protection of public health (APPH).

A full assessment of how users consume their products over time as well as the potential for addictiveness, abuse and misuse was also required. And for those who missed the Sept. 9 deadline and/or failed to meet these requirements? In January 2021, the FDA issued warning letters to 10 e-liquid manufacturers that failed to submit PMTAs by the deadline, advising them that it is now illegal for them to sell their products in the U.S.

Vapor Voice took on the task of asking several vapor industry experts and business owners for their perspectives on the current situation.

Lindsey Stroud, policy analyst with the Taxpayers Protection Alliance, a Washington, D.C.-based nonprofit think tank dedicated to educating the public on the government’s effects on the economy, said many of her clients are still in the thick of the testing process.

“The process was daunting—among my clients and the folks I assisted, I probably worked on 100,000 to 200,000 individual products. Several of my clients made it past the first step, but there are many more to come,” she said. “AVM (the newly formed American Vapor Manufacturers) is really a genius idea when it comes to these small e-liquid companies. In getting more small businesses involved, the price of testing can slowly come down.

“In the aftermath of the vaping-related lung illnesses (EVALI) in late 2019, it’s imperative that regulatory agencies know what’s in the products and their effects on the U.S. population. The FDA is bound by law to apply the PMTA equally to all manufacturers, regardless of size. Still, the testing requirements for each and every liquid is unduly burdensome for small e-liquid manufacturers that offer hundreds of flavors, often with many flavor components found in numerous companies’ flavorings.

“Currently, if a manufacturer sells a strawberry e-liquid in 20 different nicotine strengths and three different bottle sizes, the FDA requires them to test all those products (20 products times three bottle sizes would mean 60 tests for just one flavor), which is inefficient, daunting and expensive. The FDA has shifted and made the PMTA requirements less burdensome; for example, [the] FDA now allows companies to submit a single PMTA instead of individual applications for each of their products

Offering 21 “uniquely crafted flavors” created by chemists and flavorists in different nicotine levels and sizes, Bantam conducted storage and stability testing, toxicity testing and pharmacokinetic and topography studies as well as submitting an extensive review of available literature on its products. After hearing that the PMTAs for Bantam’s products were initially accepted and filed by the FDA last fall (indicating that the FDA had finished its preliminary review) the Bantam team is now waiting for the formal substantive review phase to commence.

“We invested significant resources into the foundation of our PMTA submissions, and we continue to invest resources in the PMTA process and post-market surveillance,” Dillon said. “We worked with reputable, like-minded industry players to share key costs to significantly improve efficiencies, which can help us continue selling our high-quality vape at an attractive price point.

“The PMTA process has certainly impacted the entire e-liquid industry—from manufacturers to retailers to consumers. We believe the PMTA process, though complex and resource-intensive, provides a benchmark for all e-liquid manufacturers, something that the industry, up until now, was lacking. E-liquid companies undergoing the PMTA process must evolve to remain on the market long term. Bantam is, and has always been, committed to developing and manufacturing high-quality, adult-use e-liquid products consistent with FDA guidance and applicable laws. That goal has not changed.

“With any new process, there are kinks to be ironed out. The PMTA is no different. Wherever possible, we are committed to working with the FDA to streamline and improve the process, and we will also work with our retailers and consumers to help them better understand this complex but necessary process. Currently, our biggest challenges are not due to the regulations but the need for transparency in the process and for enforcement against those that are not in compliance with FDA guidance and applicable laws.

“The PMTA process provides a benchmark for all e-liquid manufacturers—something that the industry was lacking. We are proud of and confident in the e-liquid products that are going through the PMTA process, and we look forward to Bantam’s products being enjoyed by adult consumers for years to come.”

Established in February 2014, 906 Vapor is located in a small community in Michigan. While at one time, they had about $250,000 in annual revenues, sales plummeted to about $180,000 last year due to a state flavor ban and the EVALI scare. One of 906 Vapor’s first customers, Mark Slis bought the store in October 2015. They currently carry over 100 e-liquid flavors using freebase and salt nicotine, along with kits, tanks and mods, a line of disposables and miscellaneous batteries and accessories.

Since 906 Vapor does not manufacture e-liquids, Slis didn’t have to submit any PMTAs; however, he helped the small Michigan juice manufacturers whose e-liquids he carries submit their PMTAs. Slis lobbied in Michigan, suing the state, health and human services and Governor Whitmer to stop last year’s flavor ban. He also organized a state trade organization and lobbied against flavor bans and other anti-vaping bills in the state’s house and senate, assisting various national organizations in their efforts.

“The required testing places a massive and completely unnecessary burden on all manufacturers,” Slis said. “The proper regulatory response is to set standards, since all e-liquids utilize the exact same four ingredients with variation only in the specific flavoring(s) used. The ingredients have already been thoroughly studied and tested and found to be safe for human consumption. Only product standards should now be required.

“Requiring duplicate testing for each of the 419 million flavors registered with the FDA and duplicate testing for each and every nicotine level for the same flavor is a transparent attempt by the FDA to eliminate the electronic cigarette industry—not regulate it. The FDA has already made it abundantly clear where they stand on independent, small vapor manufacturers. They refused to talk to vapor manufacturers and denied them any relief. Yet when artisan cigar manufacturers lobbied the FDA for a realistic approval pathway and assistance, the FDA not only granted them an indefinite exemption from the PMTA; they offered to spend taxpayers’ money to conduct the prohibitively expensive testing on their cigars.

“In effect, [the FDA] will bend over backward to ensure deadly combustible products remain on the market while regulating smoking cessation out of existence.”

“Absolutely no consideration has been given to small business owners except a short PMTA extension during this pandemic,” Owen said, adding that although she contracted Covid-19 in December, she continued to help small businesses while combatting the illness. “There’s no process for notifying the FDA to request an extension when your family has been affected by Covid[-19]. A large company doesn’t need this, but most small companies are one-person shops or only have a few employees.”

​With over 800 e-liquid recipes, Owen ended up submitting PMTAs for over 332,000 SKUs to the FDA. As of this writing, all her PMTAs had been received but had not yet been accepted. They held a listening session with the FDA to obtain feedback on a testing protocol that Owen said could significantly cut the cost of testing.

“Using standard testing methods and one of the handfuls of testing labs, the testing requirements would cost me over $9 billion dollars. The market, however, will narrow to only those owned by large tobacco, which sells closed pod systems extremely high in nicotine sold in grocery stores and convenience stores. They are the only ones that can afford the PMTA process.

“The problem is SKU inflation. In the FDA’s definition, my 800 products equal 332,000 products, or a 41,400 percent inflation of product SKUs. Something as simple as offering a different bottle size—common in our industry—is a major factor in testing costs, even though the original recipe is still the same. In vitro and in vivo studies could be withdrawn since these products have been on the market for almost 10 years. Just the high range of nicotine could be tested, and if those tests are acceptable, then obviously any lower nicotine levels would be acceptable.

“Vapor shops cater to an over-21 clientele and mainly offer open system e-liquids. They employ a more hands-on approach to helping adults off-ramp from combustibles. We support, educate and help smokers convert to noncombustibles. Because of this support, we see a much higher rate of success than is reported by the FDA, which includes consumers who purchase at convenience stores and big chains. Mainly, we are just trying to help people stay off combustible cigarettes in our local communities.

“It’s important to realize that this industry was founded by small business. The FDA’s requirements, together with a lack of a streamlined process, could cost over 100,000 people their jobs. We already have a huge job loss in the U.S. It’s the last thing we need.”

The post An Onerous Burden appeared first on Vapor Voice.